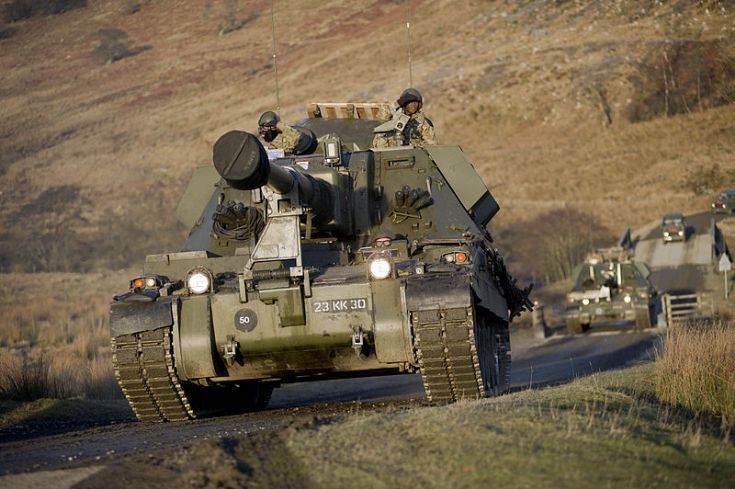 An AS90 Self-Propelled Gun is pictured during an exercise in the North of England.

The AS90 is a 155mm self-propelled gun that equips six field regiments of the Royal Horse Artillery and Royal Artillery.

The AS90 is fitted with a 155mm, 39 or 52-calibre gun barrel. In trials, two AS90 guns were able to deliver a total payload of 261kg on to a single target in less than ten seconds.

An automated loading system enables the gun to fire with a burst rate of three rounds in fewer than ten seconds, an intense rate of six rounds a minute for three minutes and a sustained rate of two rounds a minute.

The gun is equipped with a recoil and hydrogas suspension system, which allows the turret to traverse and fire through a full 360°.

The range is 24.7km using conventional ammunition. The AS90 also fires assisted rounds, which provide an extended range to 30km. Fitting a 52-calibre barrel instead of the standard 39 calibre extends the range beyond 40km.
Picture added on 16 August 2013 at 07:33
add commentComments:
AS 90 was built by Vickers Defence well before they were taken over by BAe Land Systems.