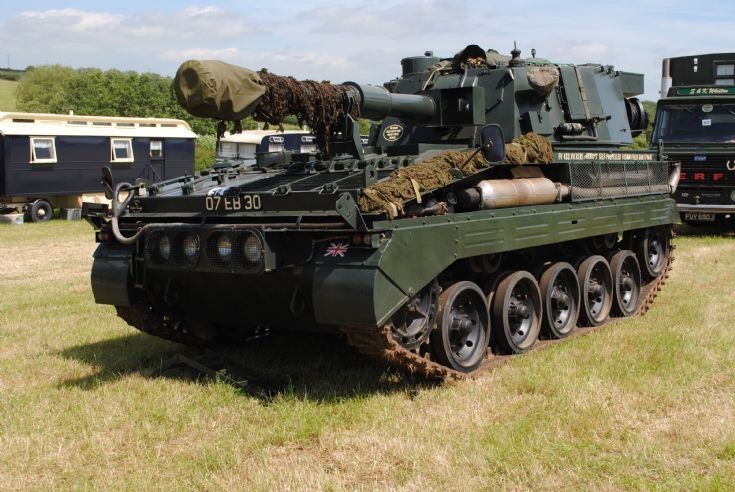 This well presented Abbot was seen at the Banbury Steam Rally, Banbury, Oxfordshire, England in June 2013.
Abbott's were built at the GKN factory in Telford, England in the early 1960's along with other members of the FV430 series of AFV's.
In a tradition from WW2 the British Army named it's SP artillery after clergy appointments such as Priest, Sexton and Abbot.
Picture added on 18 August 2013 at 10:27