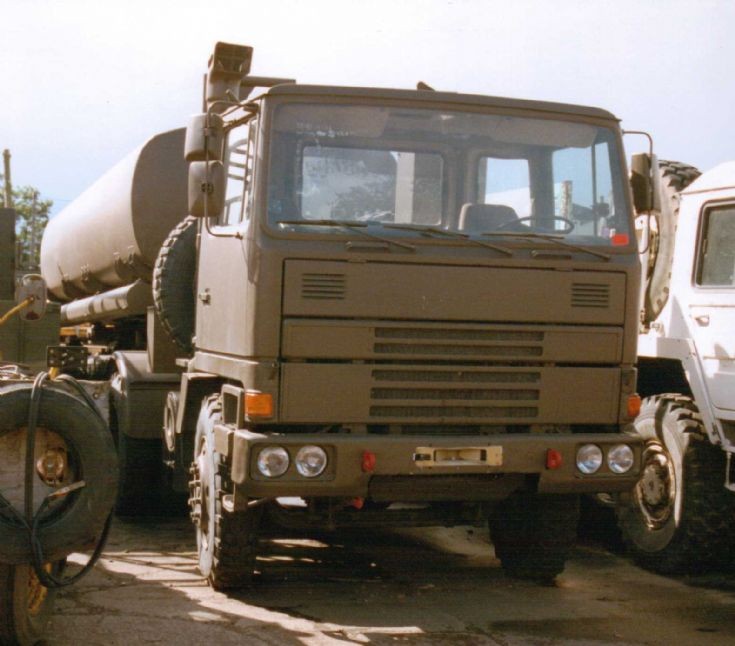 This rare example of a military AWD Multidrive vehicle was one of a batch purchased by the UK MoD as an Urgent Operational Requirement (UOR) for use in the 1st Gulf War.
The trailer has powered axles and the tanker and pumping equipment were supplied by Thompson Tankers, Wolverhampton, England.
The image was taken on 35mm film in the yard of Leavesley International, Alrewas, Staffordshire, England in May 2000.
This is not the best of photos but you can see that my view point was very limited due to the position of the truck.

I understand that the civilian designation for this set-up was known as: AWD-TM40 MTM 55 Multidrive.
Picture added on 31 January 2014 at 20:24