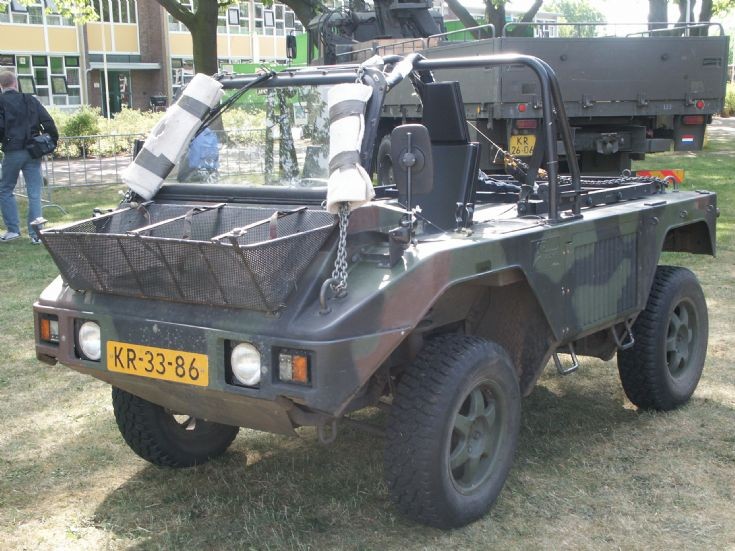 LSV (Luchtmobiel Speciaal Voertuig, Air Manoeuvre Special Vehicle) build by Lohr there are three versions of the LSV in service at the Dutch army, anti-tank/AT, cargo (algemene diesnst/AD) and ambulance. The LSV is powerd by a 4-cylinder Peugeot diesel engine developing 70 hp.
The LSV is nearly exclusively in service with the three infantry battalions of the 11 Air Manoeuvre Brigade.
Picture added on 31 May 2009 at 05:51
add commentComments:
What is the part number to the starter in these things? I have one, but I need a starter for it. Thank you