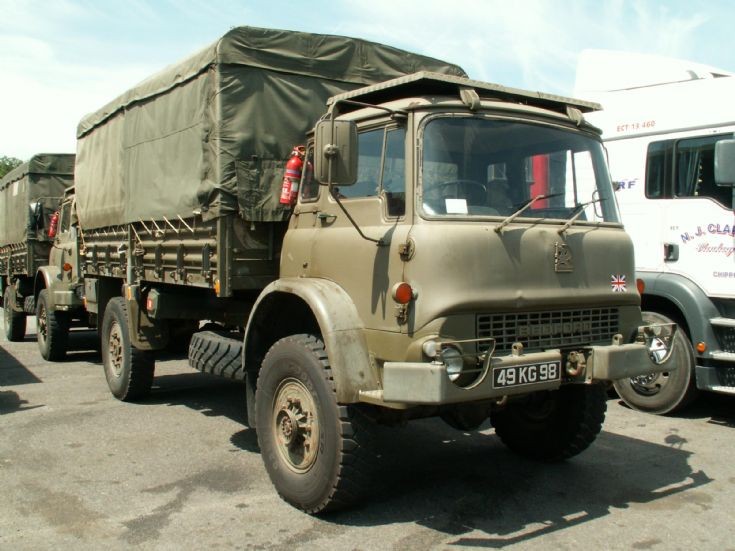 Added by Roger Greenaway on 02 September 2009.
Excellent picture. I recently bought a Bedford MJR Truck similar to the one in the picture. I want to change the rear signle tyres to double tyres. Is is possible. If so, appreciate technical advise.

Added by Azage Tegegne on 23 February 2011.
Pretty sure that by 2005 the MK s had all been withdrawn so this should be a MJ. MK s had a Bedford 93 hp 330 cu. in multi-fuel 6 cyl. engine (in-line fuel injectiion pump). MJ s had a 108 hp turbo-charged diesel only version of the 330 engine (rotary fuel injection pump) and (I think) slightly higher diffs. which would increase max. speed a little. This vehicle has additionally been fitted with Radial tyres. Almost all MJ s were so fitted during their final operational years.