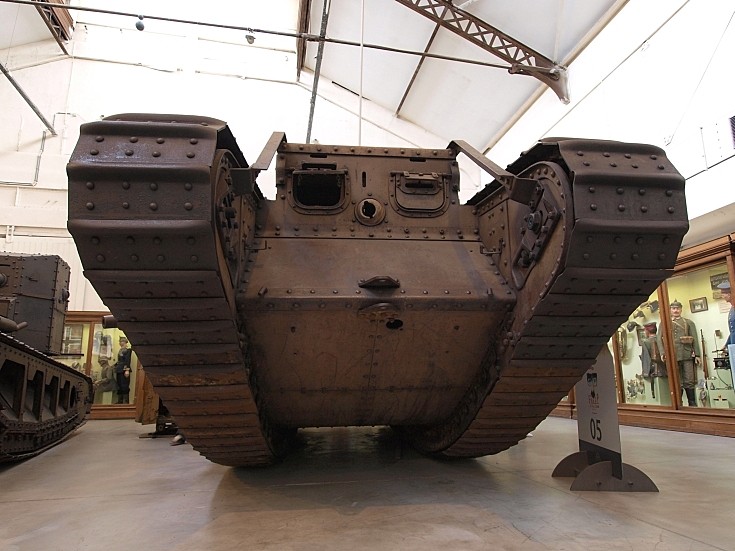 View from the position of a German soldier in a trench.
Looks very impressive to me.

The main British tank of the First World War, the Mk IV was the first to be manufactured in significant numbers, with just over one thousand manufactured during the war. It was built by six different manufacturers: Metropolitan, Fosters, Armstrong-Whitworth, Coventry Ordnance Works, Wm Beardmore & Co. and Mirrlees, Watson & Co. The Mk. IV had the same rhomboid shape as the earlier Mk.I, designed to give it maximum clearance for crossing trenches. It came in two main configuration, the female which was armed with six .303 Lewis machine guns, and the male, which replaced two of the machine guns with two 6 pounder guns. However, visibility for the gunners was very limited. The Mk IV entered combat at the battle of Fleurs (September 1917), before being used in the first major tank attack at Cambrai were about 460 Mark IV tanks were used, and remained in service to the end of the war. After the war, the rhomboid tank was very quickly replaced by the more recognizably modern turreted tank. See picture #1900 for some more info.
Picture added on 19 August 2010 at 08:06
This picture is in the following groups
Royal Museum of the Army and of Military History, Belgium
add commentComments:
Alf,
Great photo, with an excellent description of this World War 1 tank.
Regards,
steve