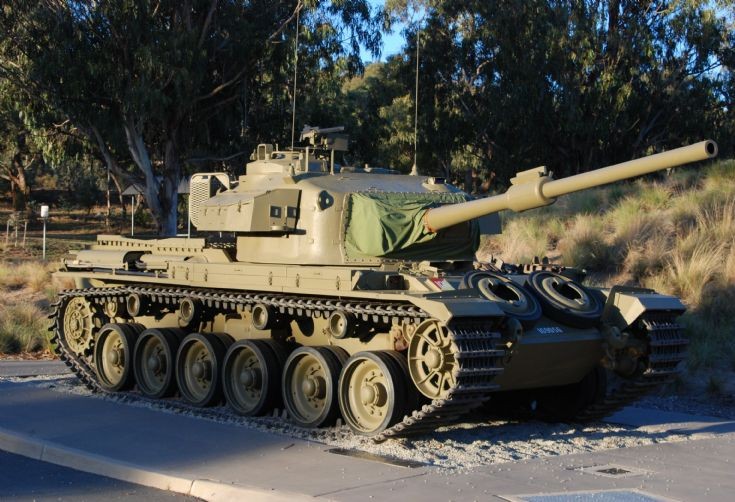 Centurion 169056 was purchased from the UK as a new Mk3 in the early 1950s. It was converted to a Mk5 and later Mk5/1 in the 1960s. The tank was sent to South Vietnam in Sept/October 1970 aboard a Landing Ship Medium (LSM). Initially given the squadron call sign 92C, Centurion 169056 later became part of 5 Troop with call sign 5 Bravo (5B). It took part in Operation ‘Iron Fox’ in June 1971 when the barrel was struck by an RPG (rocket propelled grenade), wounding the driver.

* Clocked up 861 miles to June 1971;
* Performed with 2 engine and 3 gearbox changes;
* Underwent 132 individual modifications at 4 Base Workshop Battalion, Bandiana.