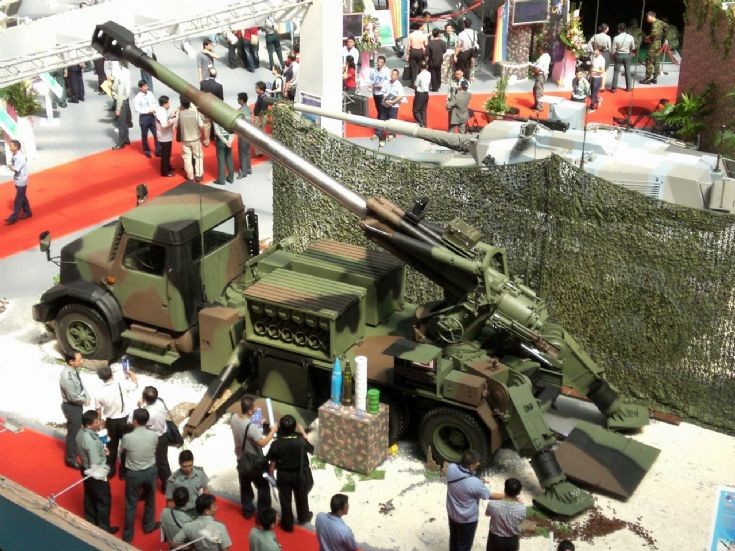 a prototype of 155mm self propelled gun for Taiwanese Army.
photo taken in 2007 in Taipei
Picture added on 30 September 2010 at 19:16
add commentComments:
no autoloader, of course... no protection of course... there are cases when you can shoot and scoot... but what you gonna do when you get counter battery fire???

Added by Kreuzerkrieg on 30 September 2010.
I think this is a replacement of traditional towed canon or howitzer. so it is not the same concept as M-109 or similar SP guns.


Added by James Tung on 01 October 2010.
It is basically an improvement on towed artillery. There are several versions on the market now.