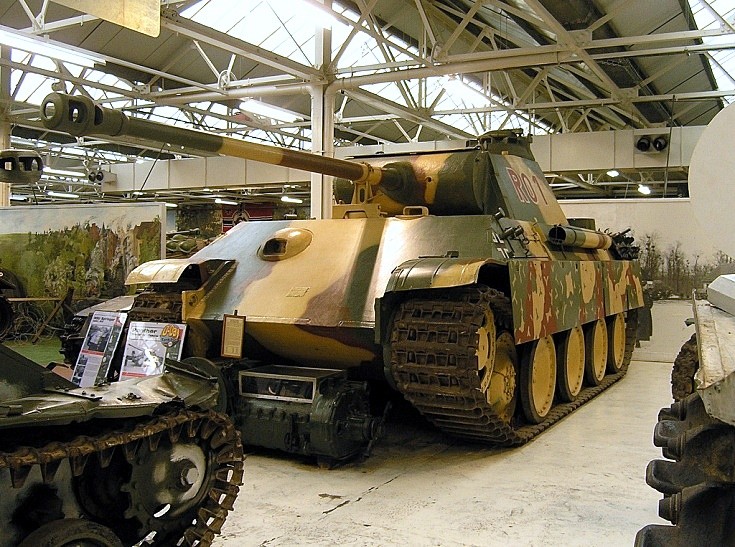 According to experts the Panther was the best medium tank during WW II. It was developed by MAN and manufactured by MAN, Daimler Benz, Demag, Henschel and MNH as an answer to the Russian T34. It first saw action in early 1943.
Despite the strong armor of that time, the tank bottom armor (20 + 13 mm) was a known weakness. It was one of the fastest German tanks, highly maneuverable and equipped with an accurate and powerful gun.
The grenades were a velocity of 1120 meters / sec. fired and made it possible to penetrate sloped armor 15cm thick up to 1 kilometer away. The front armor of an American M4 medium tank, the Sherman tank was only 5cm thick.
See picture #1260 for info some other interesting info on the Panther.
Picture added on 14 January 2011 at 21:16
This picture is in the following groups
The Tank Museum, Bovington, England, United Kingdom