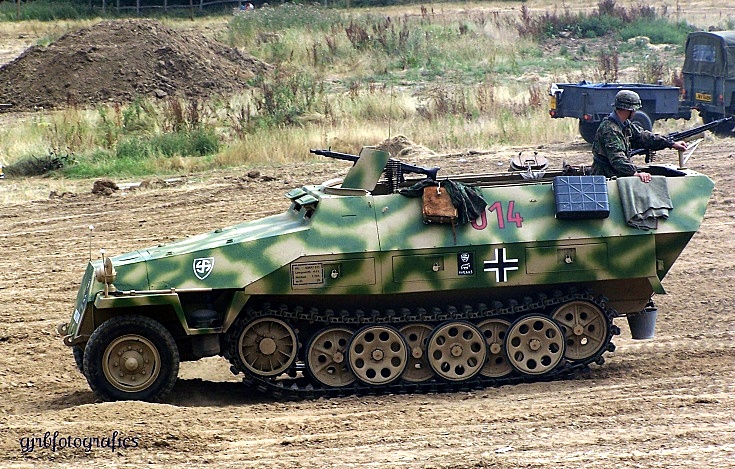 The mittlere Schützenpanzerwagen (Sd.Kfz.251/1) was meant as a way to bring the Panzergrenadiere into battle along with the Panzer, so that they could keep up and be protected against small-arms fire and scrapnel. The vehicles were allowed to paticipate in the attack with the ten-man crew inside, however it involved great risk in case of anti-tank guns or fighters and fighter-bombers. Once the crew dismounted, they were to stay near the vehicle, but not too close. The vehicle would provide fire support with its two machine guns (one front and one rear). It would make stops of 15 - 30 seconds duration to fire the machine guns, fireing at ranges up to 600 m. When fireing on the move, the range was 400 m.
Picture added on 08 January 2011 at 14:16