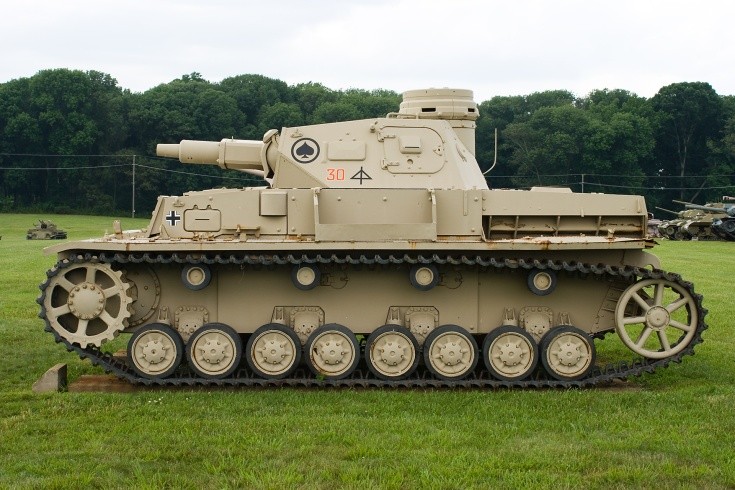 The workhorse of the German army is undisputed Panzerkampfwagen IV, which in all its versions from the start of the war until the German surrender on May 8, 1945, has served on all fronts.
German Panzerkampfwagen IV, Panzer IV for short, is a medium tank that was produced in large numbers, about 8540 tanks. There are also many other armored vehicles built on the chassis of a Panzer IV tank. The different Ausf. = Ausfuhrung or versions are continuous improvements of the armor, weapons and engine mechanics of previous versions.
Continued on picture #4358.
Picture added on 15 January 2011 at 12:03
This picture is in the following groups
Aberdeen Proving Ground, Maryland, USA