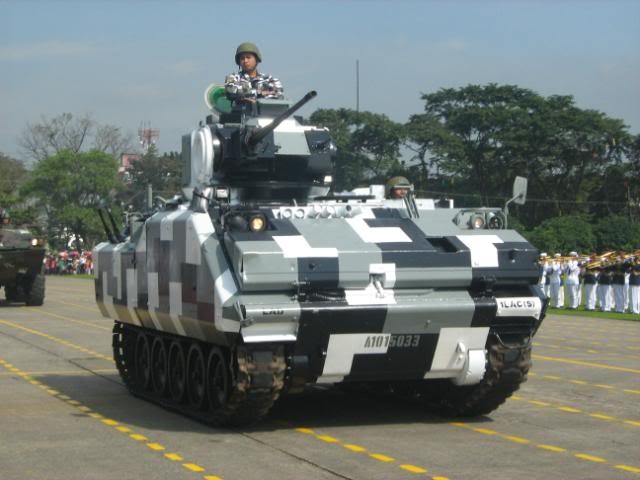 Taken during the 75th AFP Aniversary Parade Dec. 2010 inside camp Aguinaldo by myself...

United Defense AIFV (Armored Infantry Fighting Vehicle) main armament is a 25mm Oerlikon KBA cannon with a co-axial 7.62mm machine gun. The US did not adopt this vehicle, instead adopting the much heavier and more complex and more expensive Bradley, also built by FMC, now United Defense. In service with the Netherlands (850 vehicles), Belgium (514 vehicles, license produced) and Turkey (variant, 650 AIFVs, 1350 other vehicles based on same chassis). Other users include Bahrain and Egypt. Daewoo of South Korea produces a vehicle called the KIFV which looks externally similar to the AIFV except that it has the old M113 armored ring-mounted .50 cal machine gun instead of the 25mm turret.