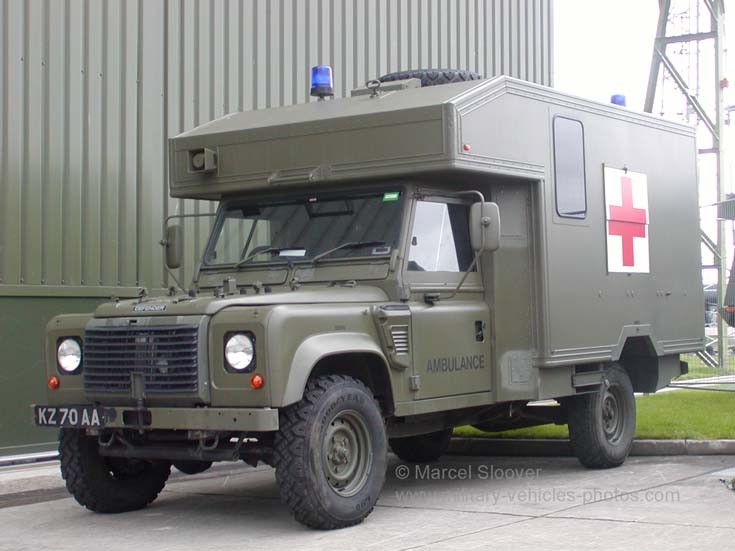 A Land Rover ambulance from the Royal Army, seen here at Leuchars, Scotland
Picture added on 27 May 2009 at 10:05
add commentComments:
Marcel, we don't have a "Royal Army" - we have a British Army. This is because the modern British Army descended from Cromwell's New Model Army - ie raised by parliament, not the Monarch. If it was at Leuchars, then it probably is Royal Air Force

Added by Roger Greenaway on 29 July 2009.
Correct, this is a Battlefield Ambulance from RAF Leuchars.