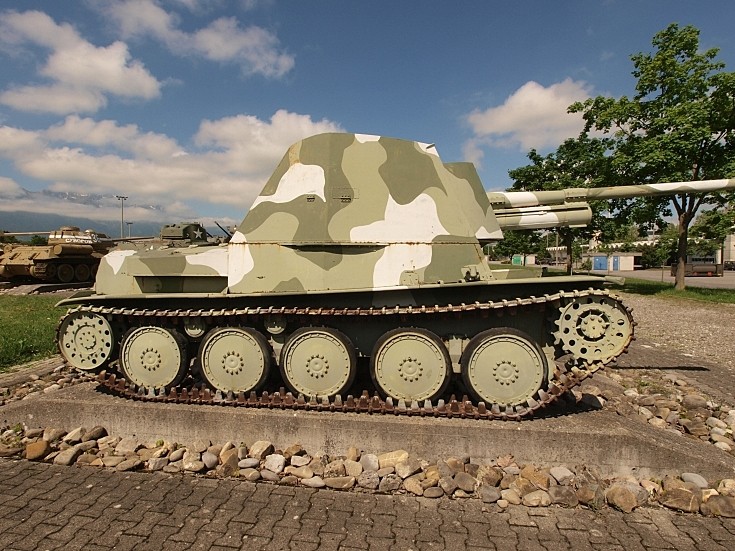 Swiss Nahkampfkanon NK I model 1941.
The assault gun was based on the Pz39 tank of the Czechoslovakian origin chassis that had one road wheel added on each side. The engine as well as transmission was also taken from the Czech tank.

Picture added on 06 April 2011 at 16:31
This picture is in the following groups
Thun Army museum, Switzerland