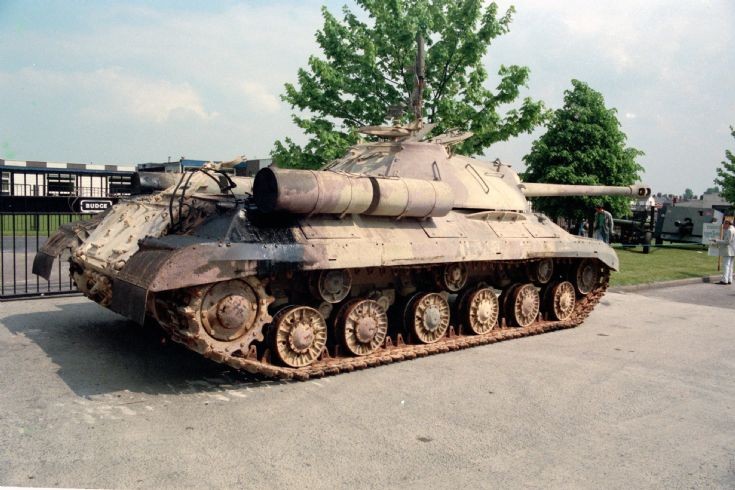 When the Joseph Stalin 111 appeared at a Mayday Parade in Moscow shortly after WW2, it caused a visible ripple of shock from the NATO observers at the event.
This Giant was more powerfull than anything the West had at the time, and was considered a serious threat, and the Russians had hundreds of them!
The British Conqueror was developed to combat it, but as always Tank Design moved on, and upgunned Centurions were preferred instead.
This JS111 is seen at the Military Dealer AF Budge at Retford (in Lincolnshire) back in 1989. This interesting establishment (which was also a Museum) had many unusual AFVs including an Israeli M48 Patton.
Picture added on 03 October 2009 at 07:35