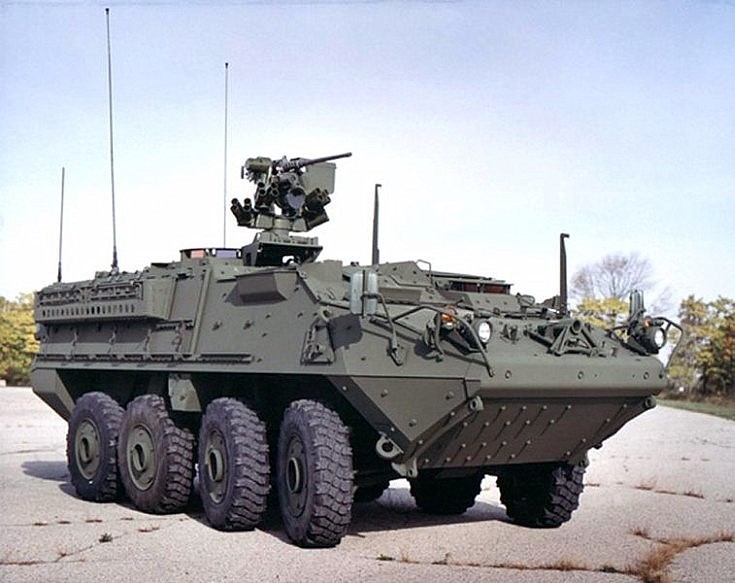 Stryker Infantry Carrier Vehicle M1126.
The IAV Stryker is derived from the Canadian LAV III and produced by General Dynamics Land Systems, in use by the United States Army. The vehicle is named for two American servicemen who posthumously received the Medal of Honor: Pfc Stuart S. Stryker, who died in World War II and Spc4 Robert F. Stryker, who died in the Vietnam War.