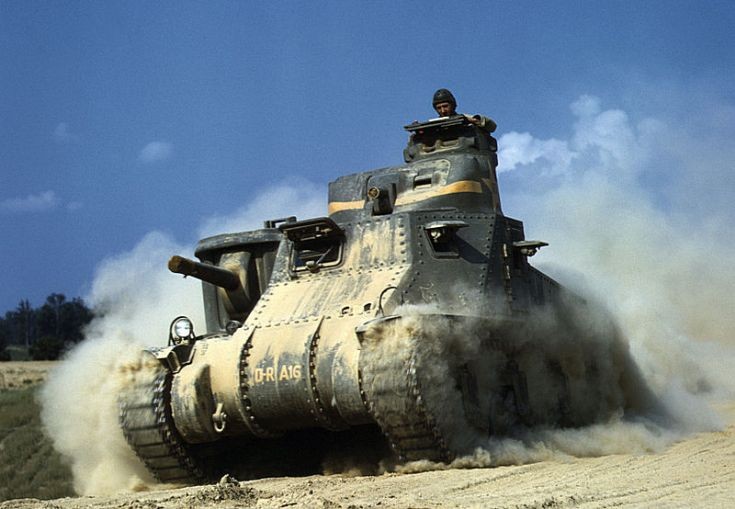 M3 Lee tank, June 1942, Fort Knox.
The M3 was a well armed and armored medium tank for it's time, but due to design flaws like it's high silhouette, archaic sponson mounting of the main gun and below average off-road performance, it was not satisfactory and was withdrawn from front line duty as soon as the M4 Sherman became available in large numbers.
The British named the M3 the Grant or Lee tank, depending on the version. The tanks purchased by the British from Press Steel and Pullman had a British-designed turret and were designated the Grant I, named after U.S. General Ulysses S. Grant. The name "General Lee", named after Confederate General Robert E. Lee, was given to standard M3 variants. The M3 was the Lee I, the standard M3A1 was the Lee II, and so forth. The M3A5 was called the Grant II and supplied under the Lend Lease Act of 1941.
Picture added on 10 June 2011 at 16:58
add commentComments:
The "D-R" on the front stands for "Demonstration Regiment" which was part of the armor school at Fort Knox.