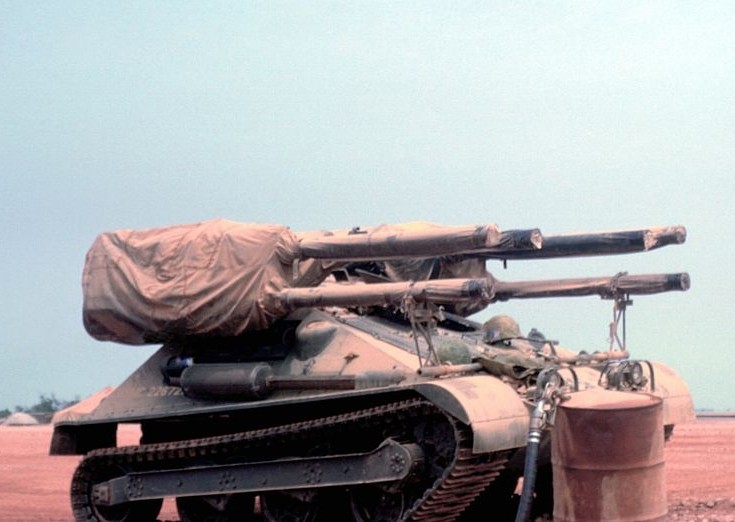 The Marines required a light TD weapon which could be landed by air or sea. To reduce weight, recoilless guns were used. Due to back blast, the guns were mounted outside the vehicle. Multiple guns were used to allow firing several shots before reloading. It had six 106mm recoilless rifles on a limited traverse turret. Two could be dismounted and fitted on tripods for ground use. Its mobility and firepower were proven in numerous battles and operations in Vietnam. Drawbacks
were the blast which disclosed its position, the need to reload in the open and that the 106mm recoilless rifles were limited to just 18 projectiles spread across the six guns.