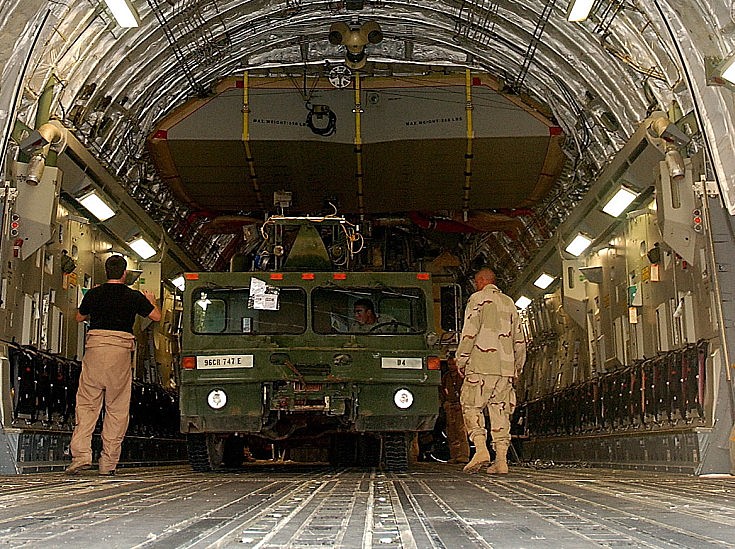 Loadmaster Senior Airman Jake Wyatt on the left tells the driver of a LP-12 Well Rig where he wants to park the vehicle inside of a C-17 Globemaster, Camp Lemonier, Djibouti, Nov. 22, 2005. U.S. Army members from the 747th Engineer Detachment will be deployed to Gode, Ethiopia along with all their well drilling equipment, with the task of digging four wells so the people who live around the surrounding areas will have safe water for consumption and at the same time strengthen the relations between the CJTF-HOA and the people of Ethiopia. With airlift help from the U.S. Air Force C-130 and C-17 aircraft, the 747th Engineer Detachment will make nine flights all together in bringing the necessary equipment to Ethiopia for their mission. (U.S. Air Force photo by Staff Sgt. Stephen Schester)
Picture added on 15 September 2011 at 08:04
add commentComments:
Manufactured by George E. Failing Company
www.gefco.com/