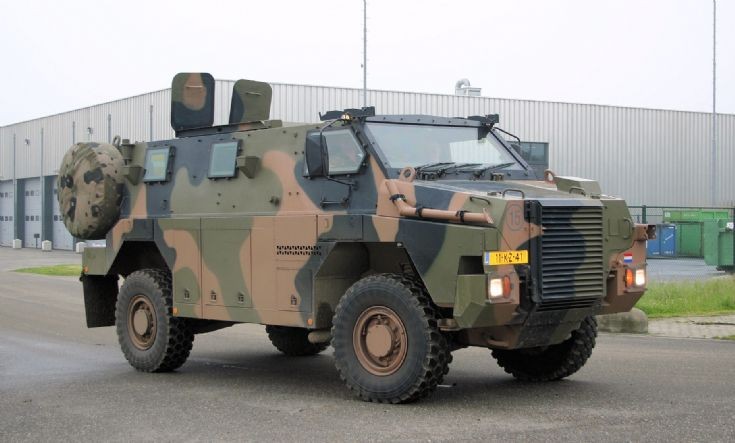 Bushmaster IMTV in use with the Dutch army.

The Bushmaster Protected Mobility Vehicle or Infantry Mobility Vehicle is an Australian-built wheeled armoured vehicle. It was originally designed by Irish company Timoney Technology Ltd under a licence agreement with Perry Engineering in Adelaide; that licence was sold, with permission granted by Timoney as required by the licence terms, to Thales Australia. Once the Bushmaster was selected by the Australian Army after trials in 1998 to meet the Bushranger project requirements, the range of variants was developed further by Thales Australia in Bendigo. Oshkosh Truck has a contract to provide support and would manufacture in the US if there was an American order. The Bushmaster is currently in service with the Australian Army, Royal Australian Air Force, Royal Netherlands Army and British Army.
Picture added on 28 May 2009 at 14:10